Why Do I Have Outside Elbow Pain from Pull Ups? 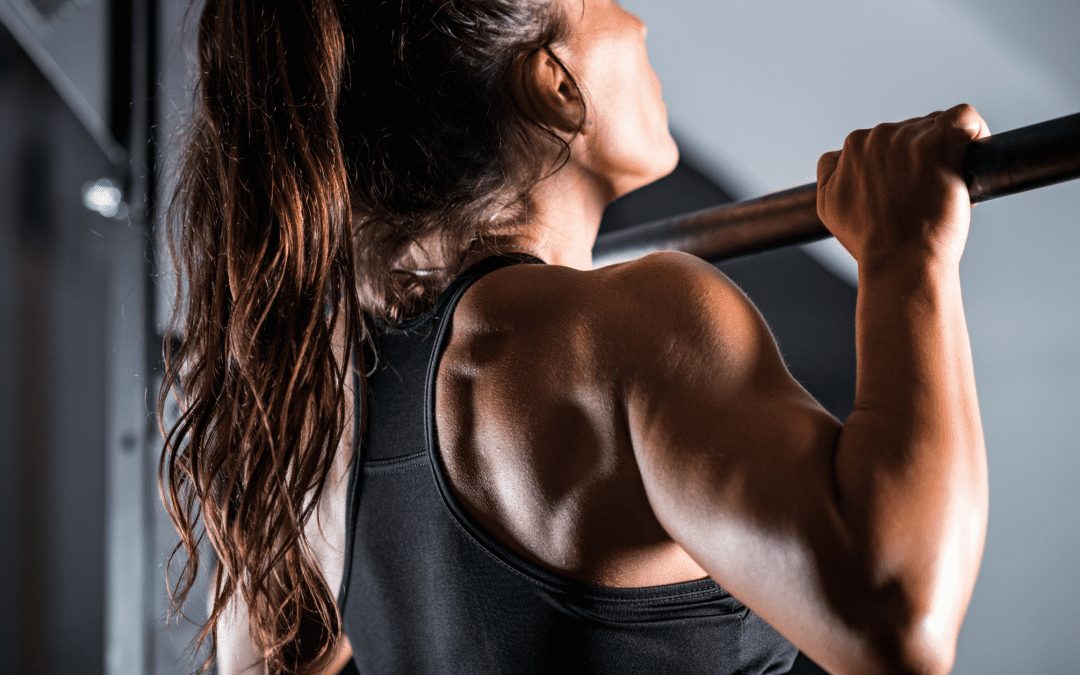 While outside elbow pain caused by pull ups may be considered “normal” in some circles, it’s definitely something you don’t have to struggle with! As an avid CrossFitter, I not only have experienced outside elbow pain from pull ups, but I’ve listened to quite a few fellow CrossFitters complain about it as well.

Here’s the thing – outside elbow pain from pull ups means that one of two things is going on.

Let’s break it down and see what both of these look like in more detail.

Outside Elbow Pain from (too many) Pull Ups

No one (myself included) likes this answer. Many CrossFitters approach exercise with the mentality of “there’s no such thing as too much.” It’s not uncommon to see CrossFitters bandage up their wounds, tiger balm their soreness, and full send a WOD, even if they know they should have done some active recovery. I get it, the intensity and camaraderie can make it hard to say no when all your friends are doing it. Some might even argue that it’s difficult mentally to not exercise on the days their body should take a rest. Scientifically speaking, however, your body needs rest.

Physiology, or the science of how the human body works, tells us that muscles need rest in order to recover. When you’re working out, you’re stressing muscles. A stressed muscle gets stronger by building itself back up. That’s the part that happens when you aren’t in the gym.

Using a muscle too many times in a week makes it difficult for muscles to recover. When this happens, muscles get sore sooner than they otherwise would have. A good rule of thumb is that a muscle shouldn’t be significantly stressed in the same manner more than three times a week or within a 48 hour period. If you’re an elite athlete, there’s exceptions to this. But, if you’re a recreational CrossFitter, we suggest adhering to that general guideline.

Using Muscles Too Much At Once

If some is good, more must be better, right? Well, no – it doesn’t exactly work like that (although, again, I personally wish it did). The more repetitions you complete of a movement, the more muscles are stressed. With anything, there’s a certain amount of repetitions that the body can do before muscles are stressed too much. When this happens, what should just be muscular soreness turns into pain.

To avoid outside elbow pain from pull ups, there isn’t a specific number of repetitions we suggest. Rather, it depends on your fitness level. If you’re new to CrossFit, fifty pull ups is a good starting point as a maximum number of repetitions per WOD. For those who have been CrossFitting for over a year and WOD consistently, they can get away with about 100. When you’re an elite athlete and use all of the recovery tools known to mankind, this number can bump up from there.

Do note that we are using terms such as “get away with”, not “consistently complete”. There is a substantial difference between doing 100 pull ups once every few weeks and 100 pull ups three times in a week. The first is a doable way to stay injury free, the second is a one-way ticket to outside elbow pain from pull ups.

Outside Elbow Pain from Pull Ups Due to Muscular Weakness

The first reason most CrossFitters get outside elbow pain from pull ups is because they simply do too many of them. Specific muscular weakness is the second reason this occurs. This weakness is usually found in the lats, which is also known as the latissimus dorsi – the big pulling muscle that spans your entire back. 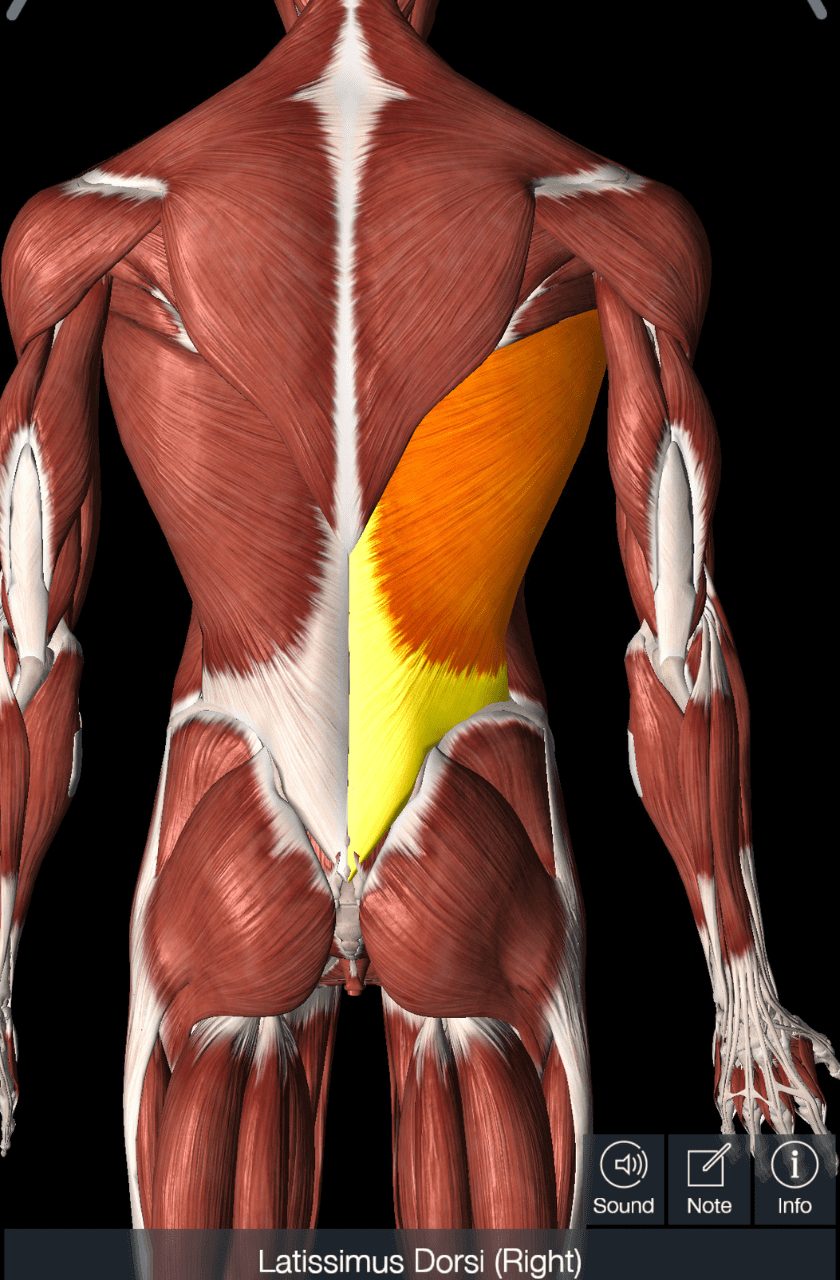 The lats are the primary muscle that you use while you are completing pull ups. Most individuals lack strength in this muscle, so they move their hands closer together to compensate. This small motion allows the biceps to take over and help out. While the biceps may be strong enough to complete a certain number of pull ups when the lats are doing their job, they often are not strong enough to complete the same number of pull ups when they are forced to work overtime.

When this happens, outside elbow pain results. This elbow pain is a combination of pain in the wrist extensors (muscles that bend your wrist towards you) and the biceps area. These muscles both become painful because they share connective tissue. When this happens, it’s common for folks to have difficulty straightening their elbow. Ouch.

In this situation, the true culprit is typically the lats, but because that muscle isn’t painful, other muscles get blamed.

Pull Ups Can Be Pain-Free

We’ve talked a lot about how outside elbow pain from pull ups can occur, but what we haven’t talked about is how easy it can be to keep pull ups pain-free.To do this, we suggest two things –

Want to get more videos and tips like this delievered directly to your inbox every other week?

You won't get more than three emails per month and you're able to unsubscribe at any time. 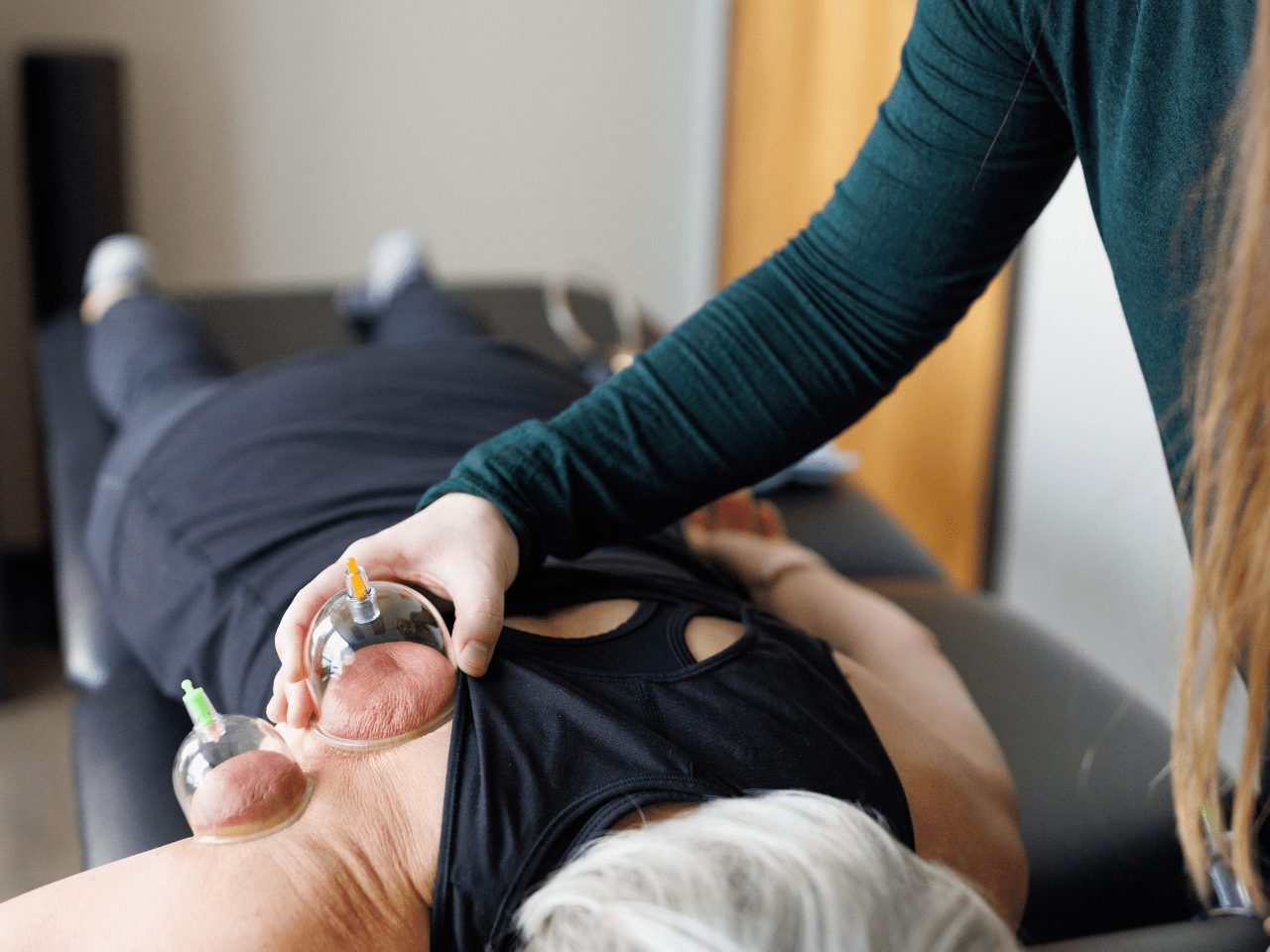 Videos and Wellness Tips Delivered to Your Inbox!

You won't get more than three emails per month and you are able to unsubscribe at any time!